The Problem with Using Prelief

For those people suffering from interstitial cystitis or other chronic inflammatory conditions, relief from the symptoms can be hard-won. Finding reprieve from your pain often means giving up many of the foods that you love. It can be challenging to adjust to a life without the pleasures of wine, coffee, tomato soup, or steak. That’s why many people turn to over-the-counter medications, such as Prelief, to make enjoying their favorite foods possible once again. However, doing so can come at a substantial cost. Instead of easing your inflammation, using Prelief may be making your symptoms worse.

Prelief is the brand name for calcium glycerophosphate, a mineral supplement composed of equal parts calcium and phosphorus. It can raise the pH level of foods and effectively neutralize their acidic content. As its name implies, Prelief must be taken before you eat highly acidic foods in order for it to work. In doing so, its manufacturer claims that Prelief can help stop the unwanted side effects that so often come with eating acidic food, including bladder pain, indigestion, heartburn, or frequent urination.

Prelief does not have any significant side effects on its own. What Prelief does do, however, is often provide a false veil of assurance to those looking to eat their favorite acidic foods. It promises the enjoyment of inflammatory foods without any of the inflammation. However, that is where Prelief falls short since acidity is not the sole by-product of acidic foods. They can also trigger an immunoglobulin G (IgG) reaction in the body.

IgG antibodies are produced by the immune system in response to antigens or foreign substances in the bloodstream. This is the case in leaky gut syndrome, where the lining of the digestive tract becomes damaged, allowing through food particles that have not been completely digested. Especially depending on the type of food, this can trigger an inflammatory response that actually increases certain symptoms. The inflammation can last for days, or as long as it takes for the body to remove all of the antigens.

Unlike food allergies, which provoke an immediate IgE response in the body in the form of trouble breathing, swelling or shock, IgG responds to food sensitivities. That means your symptoms may be slower, less intense, or even delayed for up to 72 hours, but could eventually result in your entire body being inflamed. For those suffering from chronic conditions such as arthritis or fibromyalgia, this can trigger a flare-up of symptoms. For those with interstitial cystitis, the result is often increased irritation to the gut or bladder due to mast cell activation.

The best line of defense against the negative reactions that can come from eating inflammatory foods, or any foods that you are intolerant to, is to avoid them altogether. Alcohol and caffeine are two of the worst irritants for your gut, and can, in fact, lead to leaky gut syndrome. Cutting those out is a significant first step on your path to better health.
While changing your diet can be difficult, there is truly no substitute for a proven effective strategy to reduce inflammation. Instead of adding more drugs and medications to your system, cut the problem out of your life. Listen to your body when it tells you it does not want something. You will thank yourself for it later.

Role of immunoglobulin G antibodies in diagnosis of food allergy 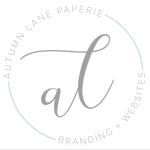 How to Address Recurrent UTIs »